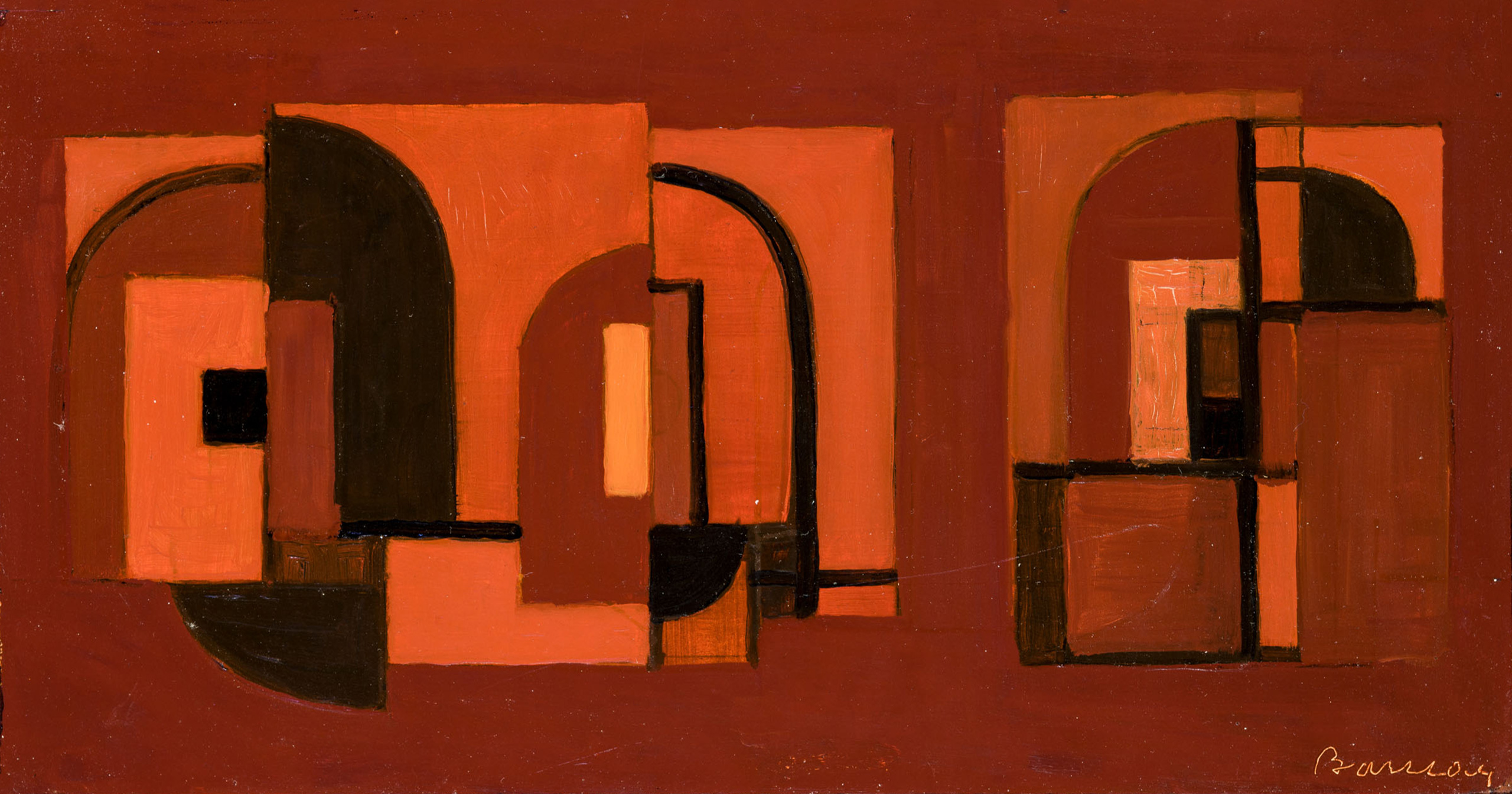 Selection from the Collection

Jenő Barcsay’s (1900–1988) oeuvre is defined by his constant experimentation in painting. As one of the most prominent figures of 20th-century Hungarian painting, his artistic perspective culminated in a synthesis of his respect for the classical traditions on the one hand, and the momentum of modern tendencies on the other. An artist of Transylvanian origins, Barcsay studied at the Hungarian Academy of Fine Arts, followed by travels to Paris and Italy on scholarship. It was these experiences, along with his visits to several artists’ colonies in Hungary, that helped shape his unique, abstract style. By creating a tension between a perspective of space based purely on what is seen, geometric construction and figurativity, the artist left an unparalleled oeuvre behind. In addition to painting, he had a significant body of graphic and mural works as well. Between 1945 and 1975, as a professor at the Academy, he passed his in-depth knowledge and skill of representing the human figure onto several generations of artists. His volume entitled Anatomy for the Artist has been translated to fifteen languages and remains an authoritative textbook in art education to this day. As of 1929, he became a member of the Society of Szentendre Painters and the Artists’ Colony of Szentendre. The motifs which Barcsay sought as he wandered Szentendre’s cobblestoned streets – and which were present throughout his entire body of work – were inspired by the vistas of the Danube River town with its narrow passageways and atmospheric buildings.

Barcsay bequeathed a nearly 200-piece selection of his oeuvre to the Ferenczy Museum Center in 1977. On the occasion of the 120th anniversary of the artist’s birth, FMC presents a selection from its Barcsay Collection.