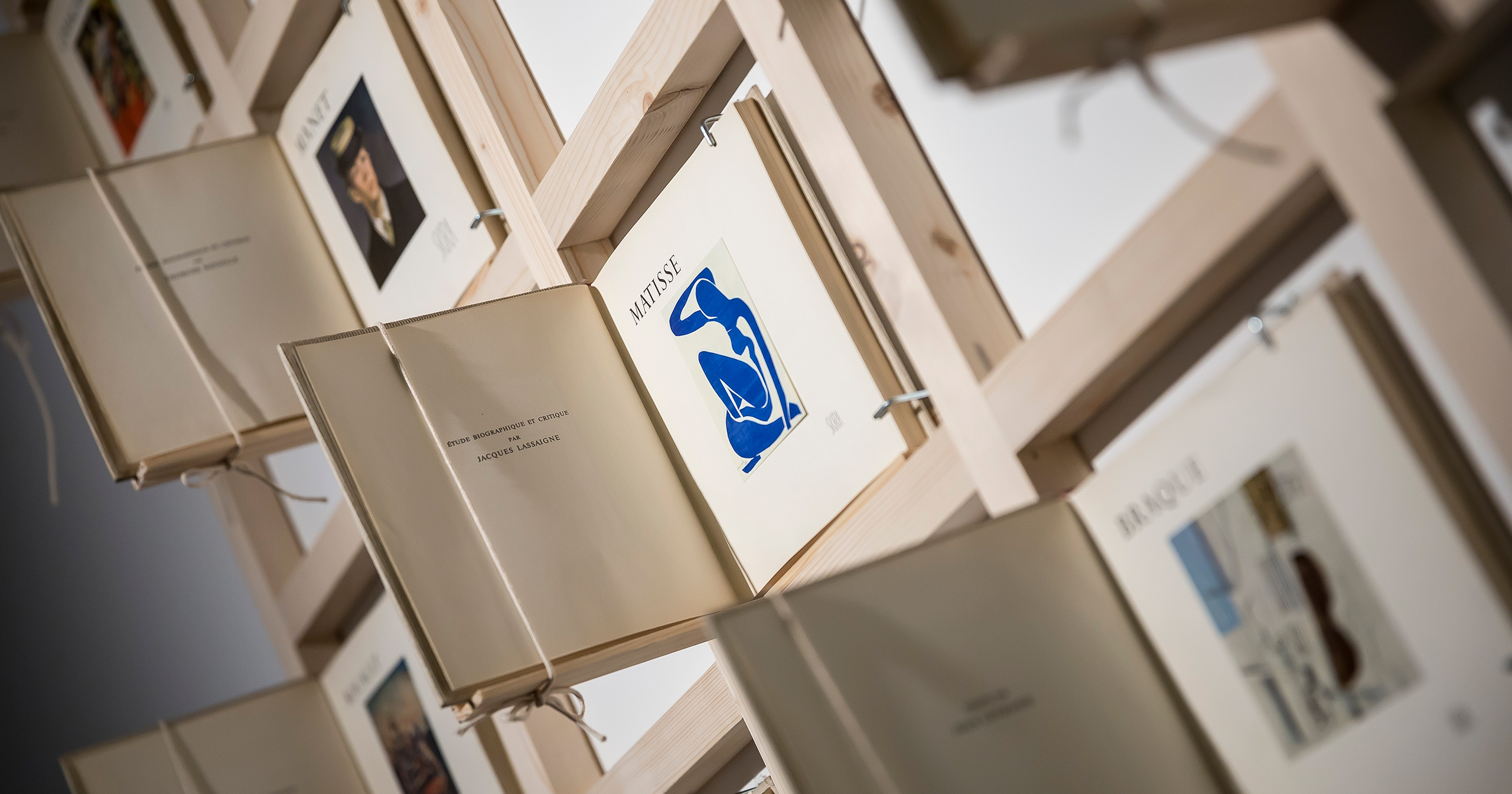 In 1959 an exhibition of French books was organised at the Budapest Kunsthalle: by the end of the two-week show, most of the books on display had been stolen by visitors. Our exhibition explores this obscure episode of Hungarian cultural history, evoking the social-political context of book culture and fine art in the fifties. The show gives insight into the greyness of visual culture and the sense of isolation characterising Hungary in the period: the difficulties of accessing books, information and reproductions of artworks.

Many of the ‘thieves’ and visitors of the book exhibition sixty years ago were artists studying at the Academy of Fine Arts as well as art history university students, who would become outstanding representatives of their profession in the decades to come. The interviews recorded with them constitute a singular and colourful pool of resources about the 1950s and 1960s; excerpts from these footages are on view at the exhibition.

To illuminate the background of the book show, the exhibition reveals the development of French-Hungarian relations, which reached their nadir in the fifties with the arrest of French Institute personnel. Coming to power once the 1956 revolution had been crushed, the Kádár-regime intended to assuage its own isolation by launching international cultural projects: among the first of these was the exhibition of French books.

The French book show in Budapest and the display of Hungarian books at the Sorbonne can be considered the first episode in the subsequently intensifying French-Hungarian cultural relations. However, the vernissage in Paris was overshadowed by the retaliations entailing the 1956 revolution: French youth were handing out pamphlets amongst the visitors demanding the release of the Hungarian author Tibor Déry, who was spending his nine-year sentence in prison.

The book shows were engendered in the context of the Cold War. They were more than mere episodes of cultural diplomacy: they were the tools of “soft” power in a context defined by the rivalry and conflict of world powers. The exhibition exemplifies another way in which books were used for cultural warfare in the period: through various cover organisations, the CIA was organising and funding a programme in the course of which ten million volumes were smuggled behind the Iron Curtain, including Hungary, between 1956 and 1991.