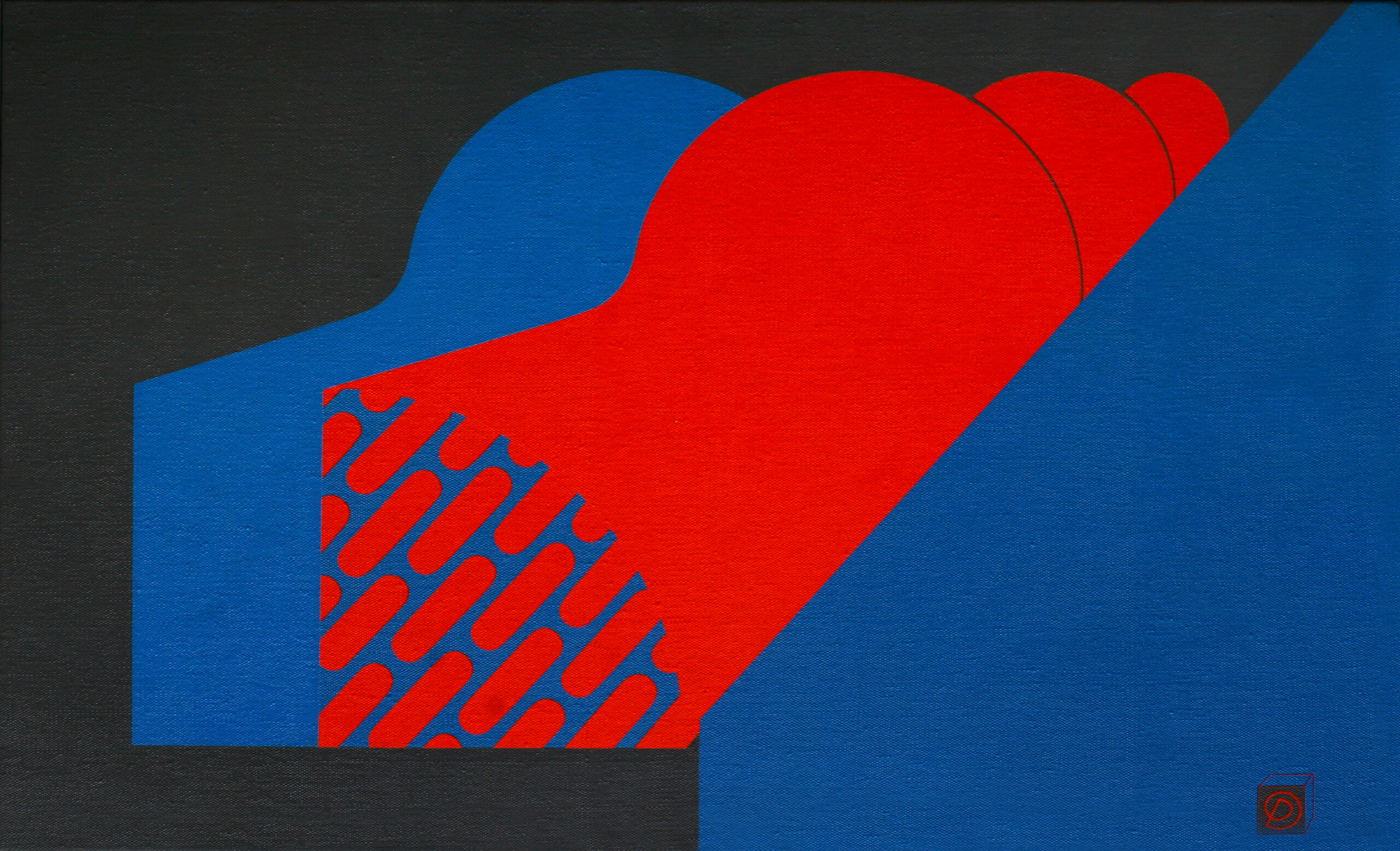 Pál Deim (1932-2016) was a prominent figure of the Hungarian neoavantgarde art that began in the 1960s. His artistic practice uniquely combines the Western European modernist painting tradition with Orthodox motifs, and the impersonal geometric abstraction with a human-centred, emotional mode of expression. His oeuvre explores the fundamental questions of human experience through a few characteristic motifs, providing a special angle of the Central-Eastern European art of his age.

If the essence of his work were to be summed up in a single word, perhaps the notion of “silence” would be most appropriate. His early works – rooted in the painting traditions of Szentendre – are surrounded by spiritual quietness, which was replaced by a thorough analysis of problems of space formation in the 1970s. Although his erotic-themed paintings and brightly coloured, later works became a bit “noisy,” various aspects of “silence” permeate the recurring themes of his nearly six-decade creative career. Of particular importance are paintings and memorials dealing with the subject of sacrifice and mourning, as well as contemplative works exploring narratives about the continuity of life and the passing.

The cultural-political context of the communist Kádár-era determined a significant part of Pál Deim’s career, in which his artistic position to refuse socialist realism was problematic, but by the mid-1970s he became a professionally recognized artist. In the years following the political transition of 1989, as the neoavantgarde generation became increasingly acclaimed, he received numerous state awards, including the Kossuth Prize in 1993 and the Artist of the Nation Award in 2014.

Held on the occasion of the 90th anniversary of the artist’s birth, the current exhibition provides a fresh overview of his oeuvre. Besides presenting his stylistic development, the show places a great emphasis on the analysis of Pál Deim’s unique use of motifs and abstraction, as well as on issues of spatial formation in relation to his paintings, sculptures and public works.