János Kmetty – An Unceasing Search 2.0 | Focus on the Landscapes

Szentendre’s Kmetty Museum was renovated, and the permanent exhibition dedicated to the art of János Kmetty was renewed, in 2018 with support from the Municipality of Szentendre, and the Kubinyi Programme, which serves the development of museums in Hungary. By periodically rearranging the exhibition and featuring works borrowed from major Hungarian public and private collections, we seek to explore interesting but less-studied facets of the œuvre. This time the focus is on the landscapes of the artist.

Though János Kmetty (1889–1975) was among those who introduced Cubism to Hungary, he did not adopt all of the movement’s distinctive traits, and instead created an individual interpretation of the style, one fashioned to suit his own painterly world. The essential responsibility of the artist, he thought, was to find the truths intrinsic to a paradigm of painting, as well as the spirit of the age. This conviction informed the extraordinary consistency and analytical frame of mind with which he took possession of his surroundings throughout his career. He deliberately narrowed down the subjects he studied, and after the multifigure compositions of the 1910s he painted mostly still lifes, portraits and landscapes.

Of all the genres he cultivated, it was perhaps the landscape that stood closest to his temperament. He was fond of nature all his life, and already at a very young age he liked to capture the landscapes and cities, the hills of Košice and the streets of Miskolc. When he moved to Budapest, he discovered a place in the big city where he could enjoy the proximity of nature. The trees of City Park and the people walking or resting among them were reflected on in a whole set of works. Gradually, Kmetty lost interest in the atmospheric effect of the parts of the view, and inspired by the art of Cézanne, studied instead the permanence of nature. In his most beautiful pictures of City Park, and the Kecskemét street scenes he painted during the same period, every formal element and colour patch is part of a world that communicates higher ideals.

After the fall of the Soviet Republic, during the years of inner emigration, Kmetty gave up on his plans for mural, community art. Gone were the prophetic vigour of the 1910s and the idealized concept of the landscape. Kmetty visited towns in former Upper Hungary and Transylvania, which he captured from a distance, embedded in broader sceneries, with people working or walking in the foreground. His landscapes always retained a decisively urban character: there are very few depictions of nature in his œuvre that do not include some urban motif.

The townscapes of Nagybánya Kmetty painted from 1927, after his second trip to Paris, were again informed by cubism, relied on closed systems of planes and lines of force. From the early 1930s he visited Szentendre more and more often, and like the artists who painted here, his imagination was captured by the interior of the small town, the narrow streets, the tightly packed houses and firewalls.

Even his contemporaries noticed how his idiom and mode of expression became softer in the 1930s, with the geometric forms losing some of their sharpness, and the understated, reduced palette giving way to a richness of colours. This shift was believed to have taken place under the influence of the table society that met at Café Gresham, but the young painters who were active in Szentendre may well have been responsible as well. The personal and emotional passion of creation they manifested also surfaced in Kmetty’s painting. “The long-suppressed wave of temperament and sentimentality sweeps across mostly the recent landscapes,” wrote Ernő Kállai, one of the most knowledgeable experts of the period, about the works Kmetty exhibited at the Fränkel Salon in 1937.
The relaxation of the mode of expression proved temporary, but the Szentendre street scenes he painted at the time conveyed a new worldview that continued to mark later periods of the œuvre as well. Humans and their surroundings became mutually dependent, there was harmony between man and nature. New types of paintings appeared that blended genres in an idiosyncratic manner: interiors with landscapes, portraits with still lifes, landscapes with portraits. The most beautiful example of the latter is a view of a Szentendre street, constructed from planes and consolidated by the colour blue, which places the painter himself at the centre.

Along with still lifes and portraits, Kmetty produced landscapes throughout his career. He considered it the most illuminative means of interpreting the relationship between man and the world, the painter and the universe. He devoted his whole life and work to finding the mode of expression that best suited the spirit of his time. 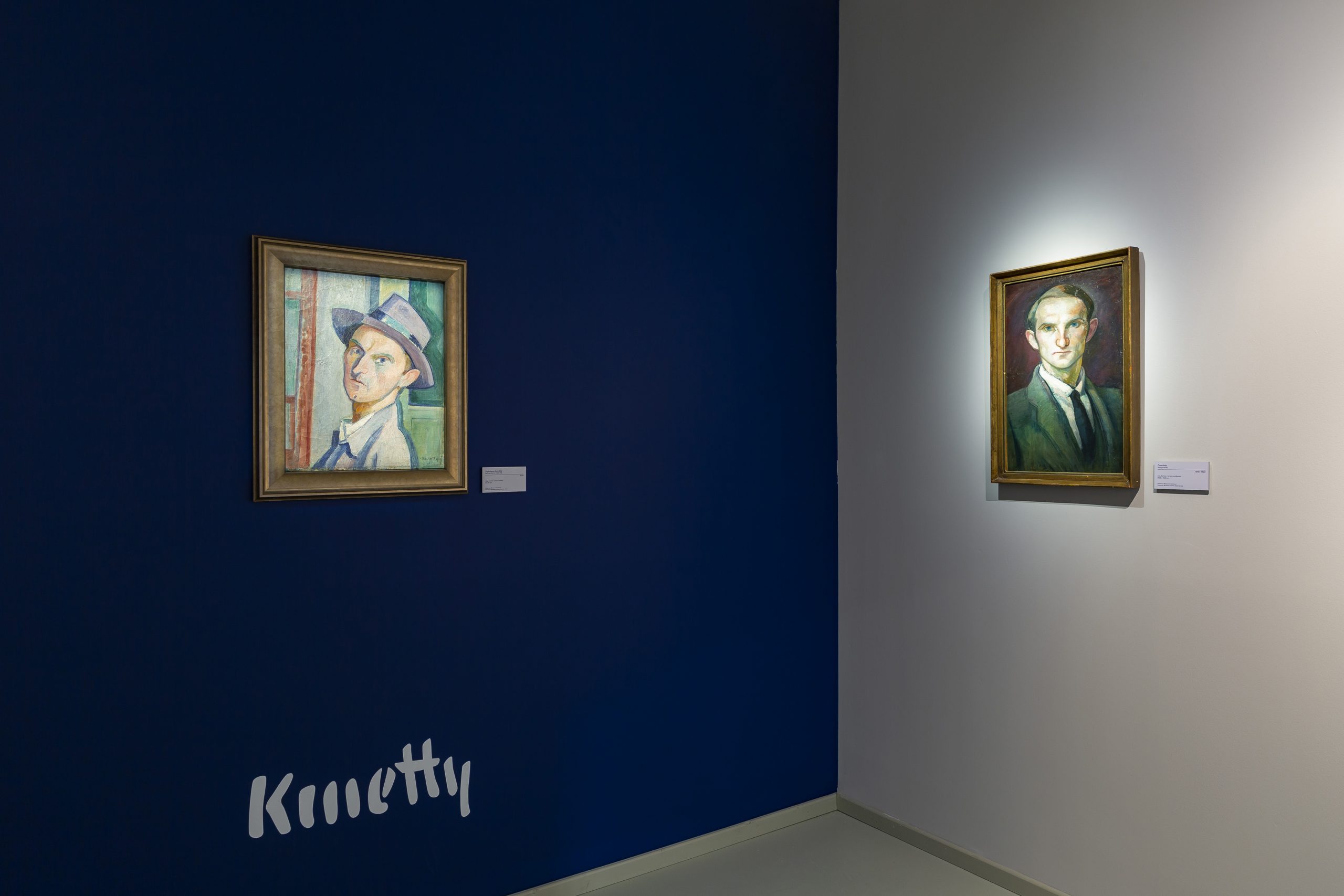 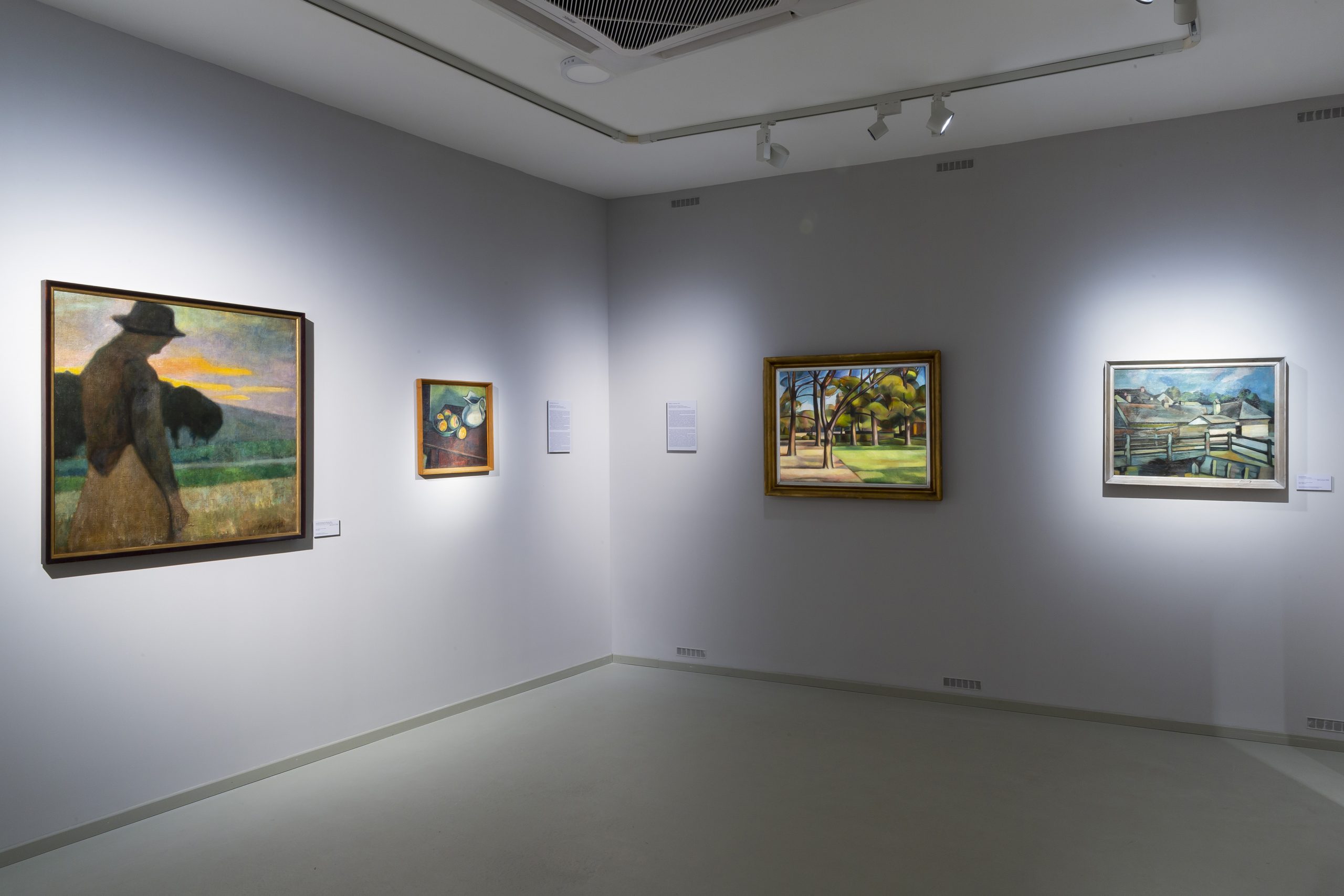 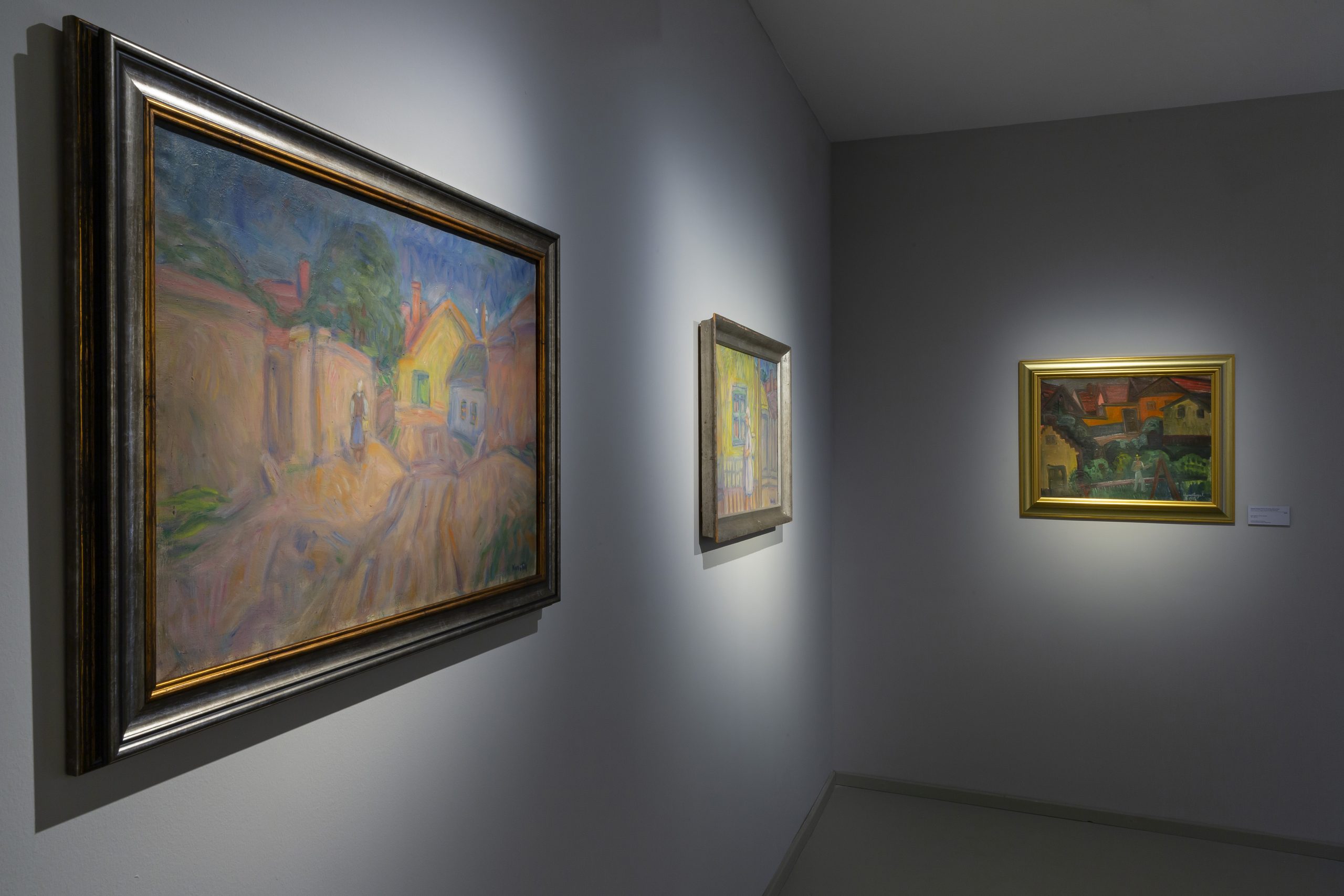 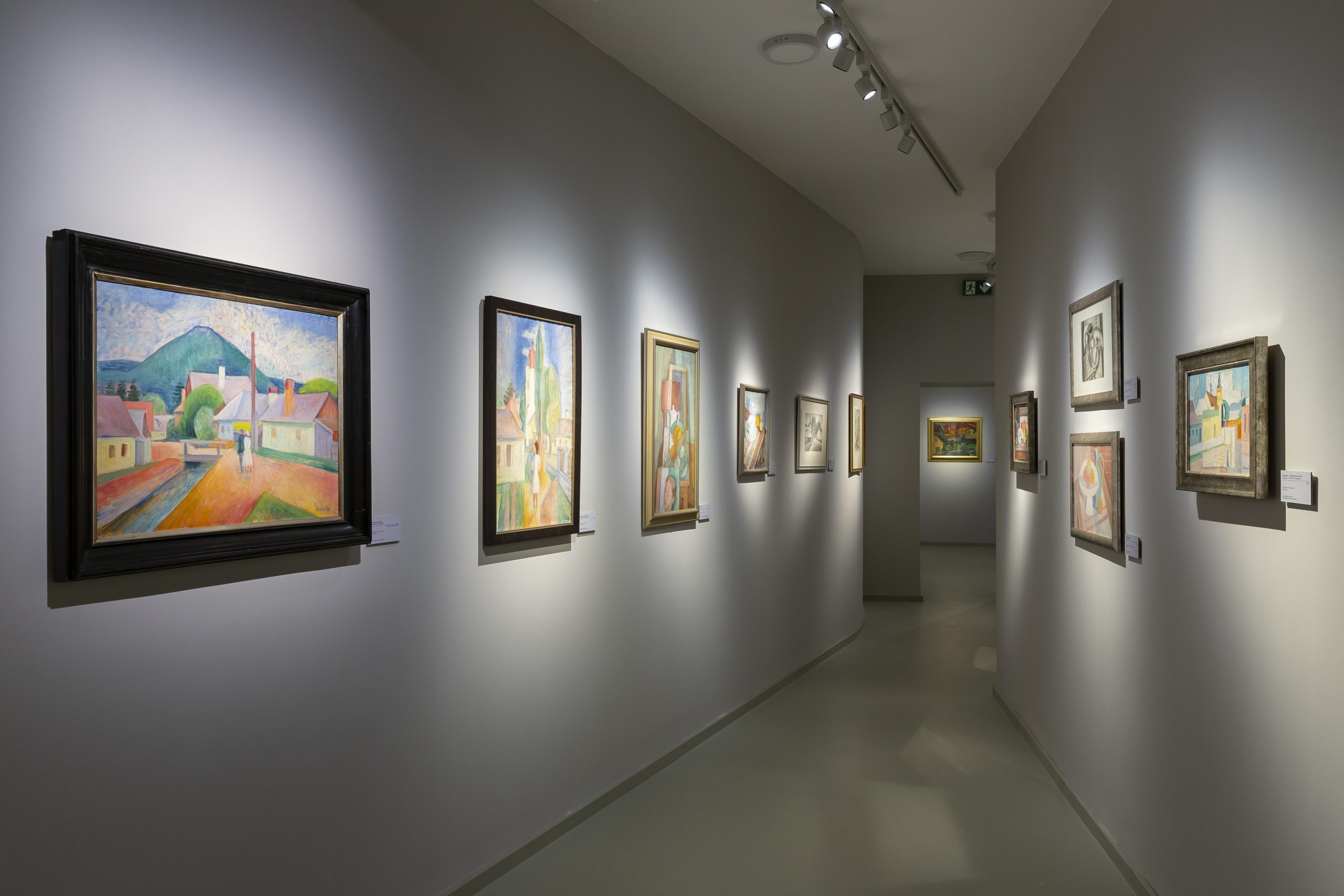