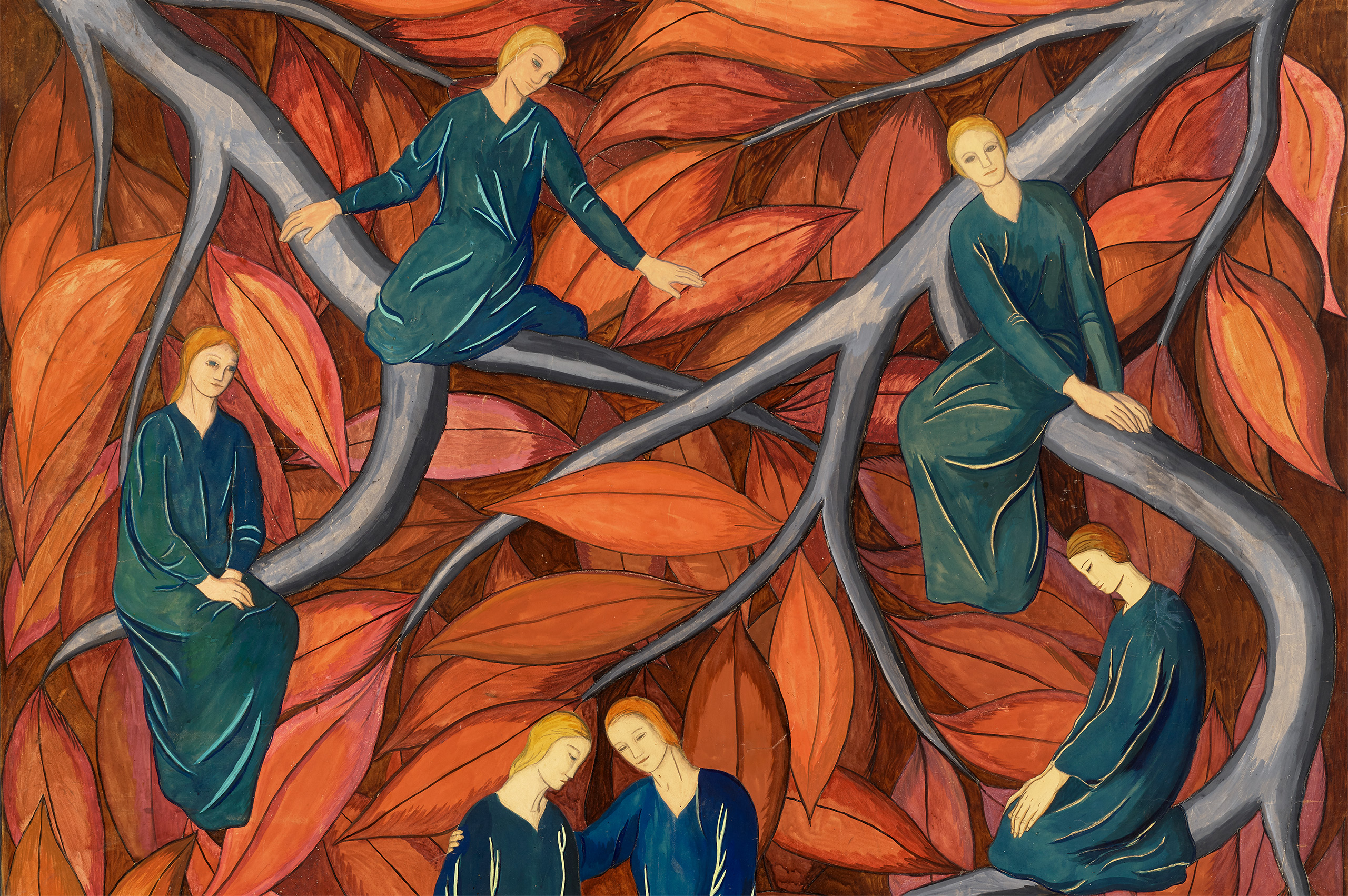 Creation – The Art of Noémi Ferenczy

Born into a dynasty of artists, Noémi Ferenczy (1890–1957) was a Kossuth Prize laureate rejuvenator of 20th-century tapestry, an artist whose style inaugurated an epoch. She created an oeuvre that is outstanding by both Hungarian and international standards, and several of her works can be found in foreign collections. In addition to those she taught at the College of Applied Arts, later generations of artists also consider her their inspiration and guide, and the annual award that acknowledges the best applied artists is named after her.

Her father was Károly Ferenczy, a leading figure of the Nagybánya artist colony, her mother Olga Fialka, a highly educated polyglot who started out as a painter. Unlike his older brother, painter Valér Ferenczy, who was five years her senior, and her twin brother, the eminently gifted sculptor, Béni Ferenczy, she took an interest in art relatively late. At the age of 23, however, she was already at work on an early masterpiece, Creation. She chose to remain responsible for the creative process from the beginning to the end, from the numerous pencil drawings, colour sketches and cartoons, to the weaving itself. Throughout her life she remained faithful to the values represented by all artists in the family, considered work with respect, humility and commitment.

For the first time since the last major retrospective, held at the Hungarian National Gallery in 1978, we now have an opportunity to take a new look at the major phases of a life’s work, and gain insights into the process and stages of the creative act. With seventeen private and public collections lending us works, some of the exhibits are masterpieces that have been held in foreign countries for decades. This exhibition will no doubt throw a new light on Noémi Ferenczy’s exceptional oeuvre, thanks in no small part to new research findings related to works held at the Ferenczy Museum Center. This fresh appraisal gains additional nuances from the reconsideration of artworks produced by other members of the Ferenczy family.