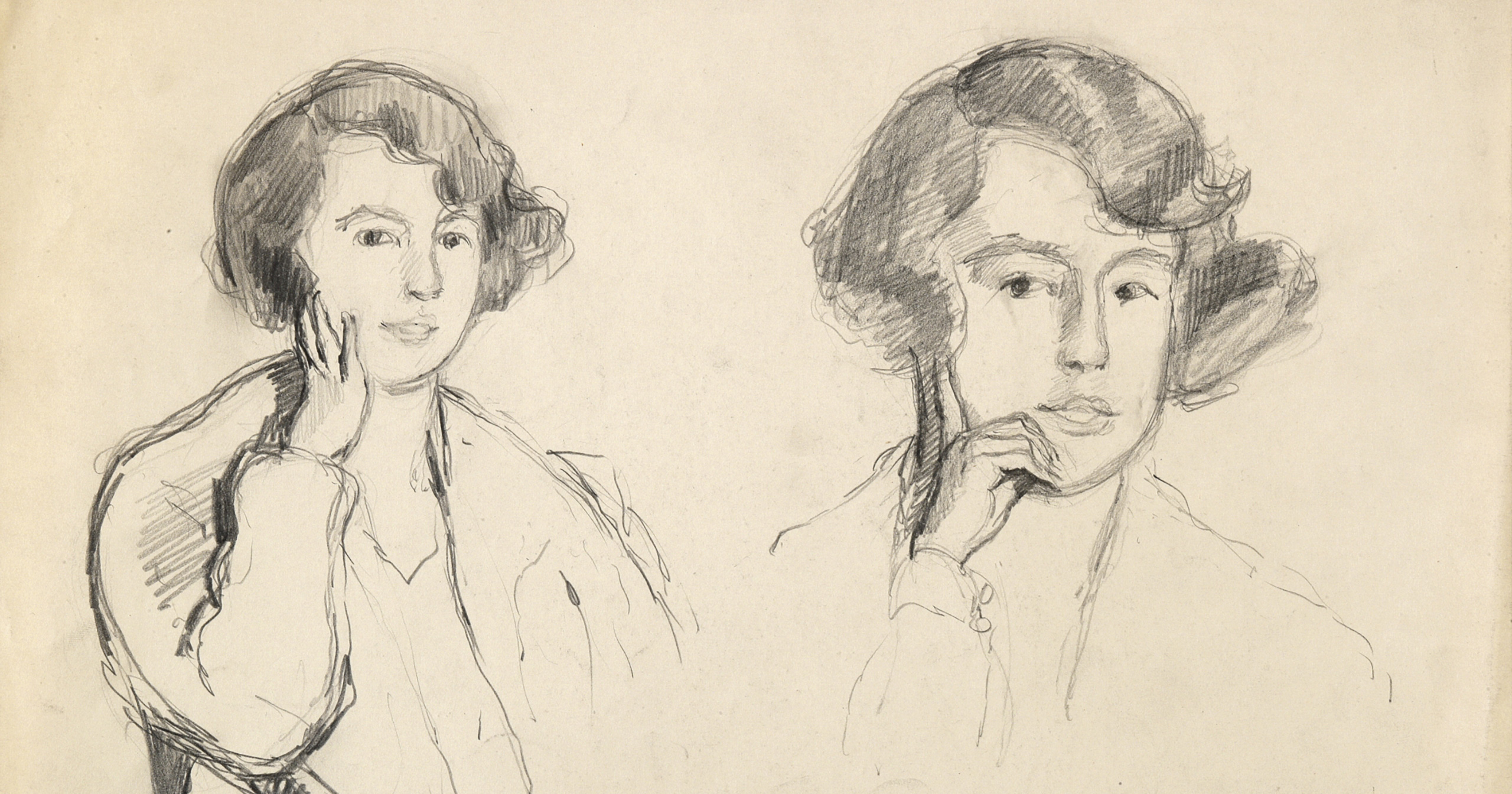 A Writer Poses as a Model

“One of the most talented of short story writers in Hungarian literature”; “a faultless writer”; “she is among our richest and most perfect storytellers”. Thus, did Gyula Illyés, György Rónay and István Vas praise Erzsébet Kádár’s (1901–1946) writing accomplishments. Everyone was appreciative of her small but outstanding output even during her lifetime, not only after her tragic death at such a young age.

She had not intended to be a writer, but a painter, with her works critically acknowledged at several major exhibitions. But after working for some time in journalism and launching a literary career, she gave up fine arts for good, so she could devote her talent and energies entirely to writing. This was when she adopted Kádár as her pen name, instead of the original Csernovics, which has had a familiar ring in Szentendre for many generations.

After a little over two decades as an accomplished painter, journalist and writer, surviving the damaging impacts of two World Wars, she died in rather mundane circumstances, – badly injured in a traffic accident, then killed by a leaking domestic gas stove -, at the age of only 45.
Therefore, the exhibition can present the exceptionally talented writer and artist in harness, allowing the prediction of István Vas about her oeuvre to be fulfilled, “It can be neither continued nor forgotten.”

Erzsébet Kádár started as a painter from her teenage years. Her early endeavours were supported by her family and she took private drawing lessons as a child.
In autumn 1924 she enrolled in the College of Fine Arts where she became a pupil of István Szőnyi. She was able to study only for three terms and later she could only participate in lessons at free schools and on evening classes. She was influenced by Béla Iványi-Grünwald, Jenő Feiks and especially Vilmos Aba-Novák. She contacted the Szinyei Society and, at their exhibitions for works by young artists, hers received special mention on several occasions between 1926 and 1933.
Among others, she exhibited with the artists who founded the Society of Szentendre Painters, and she let herself be enticed to paint Szentendre scenes. She did not join any of the groups that regularly visited the town to paint it, but it is not difficult to see the works she made there as being in the same vein as the then emerging “Szentendre painting.”

At the beginning of her literary career in 1936 she gave up fine arts for good and devoted her talent entirely to writing.
Only two dozen oil paintings and some a hundred drawings and studies survive to this day. Munkái néha felbukkannak aukciókon, de többségüket családja, illetve az OSZK és a PIM gyűjteménye őrzi.

Her text, A Town Standing Model, reveals a painter and writer with inguisitive eyes who lays bare her subject, the modestly concealed family ties, and Szentednre in the days of yore.

In 1931 Erzsébet Csernovics joined Budapesti Hírlap as an illustrator. There, she was surrounded by an inspiring literary milieu.

She gradually became a journalist at the paper, supplementing her drawings with increasingly lengthy texts, until she ended up with her own column.

Erzsébet had written only a few short stories when she won the Nyugat contest at the end of 1936. But she never was a prolific writer. Writing for her was agony and difficult. Over a decade only 25 to 30 of her short stories were published, yet they are all quintessential works.

The themes of her short stories came from her own milieu, yet beyond describing its decaying gentry world, the psychological abuse, physical violence and creeping fear that is integral to it, she ultimately reveals the dark reality of its moral uncertainties. Tragedies are brewing in every story. The surface may appear calm, but below, the world of make-believe burdened with suppression and destructive forces, is to be found bubbling in its depths.

The exhibition is an adaptation of the Petőfi Literary Museum’s exhibition under the same title.

FMC > Exhibitions > A Writer Poses as a Model